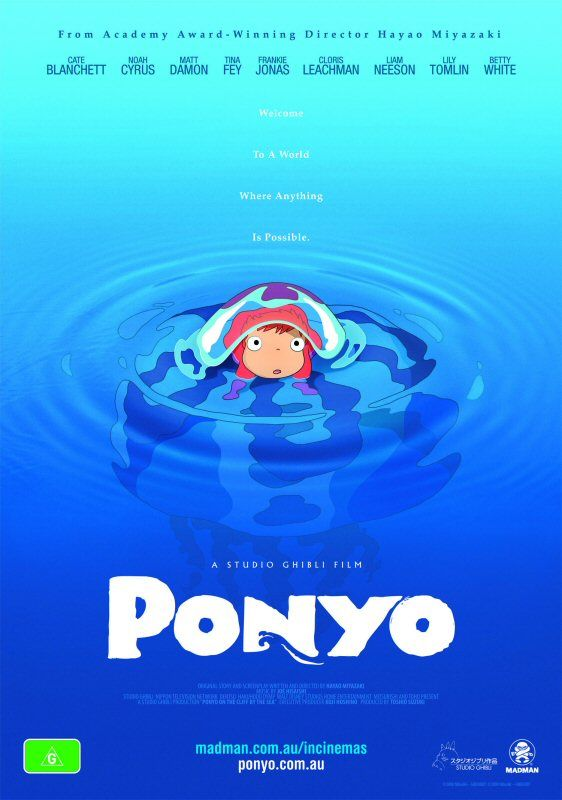 The only character who has an official height is Fujimoto, who is 6 feet and 5 inches tall, as revealed by the Ponyo Fandom Wiki. With that said, we estimated the other characters’ heights by placing them near Fujimoto. This photo from the 15Nicholasness website will be one of the references.

Lisa, when she is standing near Fujimoto, only reaches his shoulders. This gave her an estimated height of 5 feet and 3 inches tall. Then, since Sôsuke only reaches Fujimoto’s thigh and Lisa’s hip, he appears to bear a height of  3 feet. Next, Sôsuke has a 1-inch height advantage over Ponyo’s human form; hence, Ponyo appears to be 2 feet and 9 inches tall.

As for the older characters in Ponyo, we will place them near Sôsuke, for he has a lot of exposure with them. Yoshie and Kayo, when they are not in their wheelchairs, seem to have a 5-foot-frame. It’s because when they are placed near Sôsuke, he only reaches their waists. On the other hand, Toki is smaller than the two older women. Her height reaches up to their eyes. That said, she appears to be 4 feet and 7 inches tall.

Lastly, the gigantic character in the movie is Ponyo’s mother, Granmamare. Granmamare is estimated to be 82 feet tall in her original form. According to the Ghibli Fandom Wiki, Granmamare could be as big as a Blue Whale. Blue Whales, as stated by National Geographics, has a size range of 82 feet to 110 feet. That said, Fujimoto only reaches her Achilles heel. But her humanoid form is around 6 feet since there is a scene where Lisa only reaches her chest.

Most of the characters’ ages were revealed by the Wiki, but Granmamare’s was not disclosed. With that, we based her age on when Japan’s history started. We have read from the Encyclopedia.com website that Japan’s history began more than 2,000 years ago. With that, Granmamare is around 4,000 million years old.

There are only two young characters at our table, Ponyo and Sôsuke, who are five years old. Then, Sôsuke’s mother is 25 years old, while Ponyo’s father is 40. Lastly, the three grandmas’ ages range from 68 to 72.