Germany and England are two great rivals in soccer. The last time they had met England pulled off one of the most memorable victories in their history according to The Guardian. The two teams prepared the soccer games by having changes on their teams. England make five changes to the starting XI selected for the Hungary defeat. On the other hand, Germany make seven changes to the side named for the draw in Italy. The game duration was 93 minutes.

The graph shows the interest over time between Germany and England Soccer. The blue line indicates Germany and red line is England. As revealed, there is a decreasing trend on the interest on soccer games. Moreover, England has more audience interested than Germany.

INTEREST ON THE GERMANY SOCCER TEAM

INTEREST ON THE ENGLAND SOCCER TEAM

STATISTICS ON THE POINTS SCORED DURING THE GAME TIME DURATION 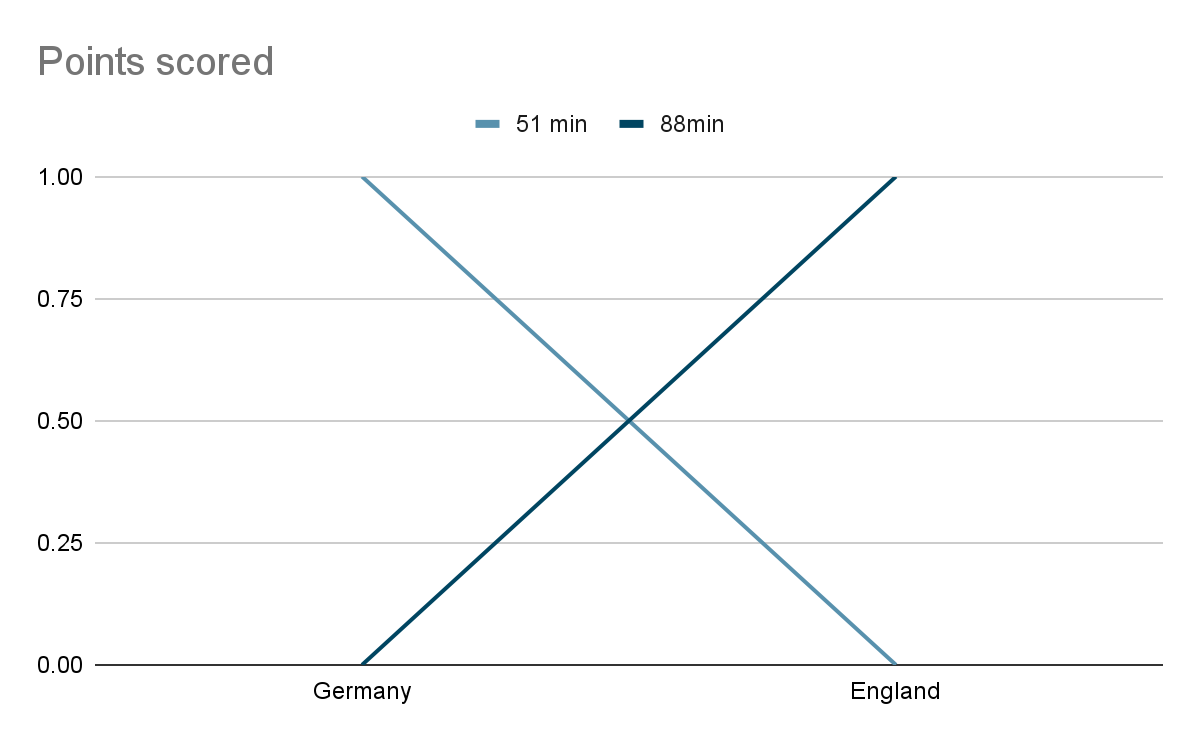 Therefore, the game was a tie with the score 1-1.

THE CRAZIEST STATS BETWEEN GERMANY AND ENGLAND SOCCER

link to Adventure Time Voice Actors | Where Are They Now?

#1 John DiMaggio Image Source: adventuretime.fandom.com and IMDb Jake in Adventure Time is voiced by John DiMaggio.  John is an actor, voice actor, comedian and a producer. Aside from...

Continue Reading
link to Kung Fu Panda Voice Actors | Where Are They Now?

Jack Black Image Source: kungfupanda.fandom.com and IMDb Po’s character was voiced by Jack Black in all three Kung Fu Panda movies since 2008, as well as its short films. According to his...