Innovative artists created incredible Pokémon evolutions for our great bug/flying type Pokémon that would surely surprise us. How could they recreate these Pokémon with excellent twists? With that, let us take a glimpse at those remarkable fanmade bug-flying Pokémon evolutions below! 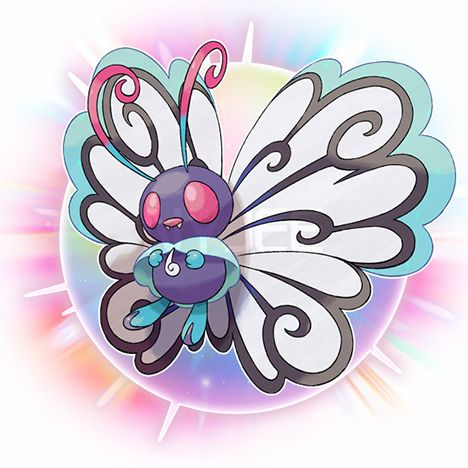 Butterfree, our favorite Pokémon that primarily evolves from Caterpie and Metapod has a fantastic alternative evolution from a creative artist! Nyjee has done a marvelous job detailing a much more fabulous Butterfree! Initially, Butterfree has a plain pair of white wings outlined in black and a violet body with two black antennas protruding from its head. However, in this fantastic evolution, its wings were greatly enhanced creatively, manifesting an elegant Butterfree who’s ready for any battle! Furthermore, its eyes are bubblegum-pink colored, and it has a tiny cape on its back that makes it unique! Above all, its antennas were improved with a mixture of watermelon and punch kind of pink and sky blue. Truly, Butterfree was recreated magnificently. 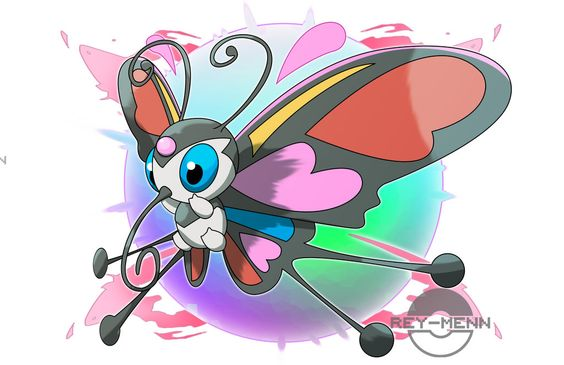 Beautifly, our awesome Pokémon has a marvelous mega evolution! This Pokémon is known as the Butterfly Pokémon, according to the Pokemon Database. Additionally, It has gigantic blue eyes and black antennas with curved tips. Initially, its wings are black with enormous yellow markings, and tiny parts are red and blue, as stated by Bulbapedia. In fact, it’s the most prominent feature that our artist, Rey-menn in DeviantArt, even intensified because, in this splendid evolution, Beautifly has vibrant-colored wings with heart-shaped engravings in them in pink and red colors. Furthermore, we could see that it still has a long mouth which is a critical feature of Beautifly. Therefore, the artist has done a fantastic job in enhancing its features without losing its original characteristics. 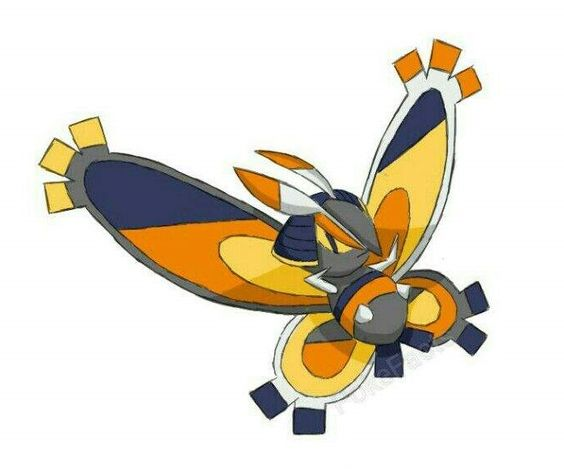 Mothim is a moth-like Pokémon with wings. The wings are originally orange and yellow. The tips of the wings are divided into little orange squares; there are three on the large wings and two on the tiny wings below. Our incredible artist, Duc Bu, has made a darker-looking type of evolution for our Pokémon. Mothim has distinct features that were developed, such as its wings and body. In fact, its wings have a dark blue color incorporated into them. Its eyes were yellow with a strike of black, unlike the original version that has orange eyes with only a tiny stripe of black. It made a significant impact on its overall appearance. Clearly, it made our Pokémon look more aggressive and deadly.

Ledian is a Bug/Flying Pokémon that is included in Generation II as mentioned by Bulbapedia. Furthermore, this Pokémon looks like a human ladybug. That-One-Leo has provided us with a terrific mega evolution of Ledian in DeviantArt. It has four arms with white hands that are big enough to look like fighting gloves and a pair of legs with dark brown feet instead of red. Moreover, its awesome wings were enhanced with stripes of mustard yellow, dark brown, and white. Finally, it has a pair of peanut-brown antennae but retains its blue eyes. This recreation is one of the most remarkable fanmade Pokémon evolutions!

Vivillon is a butterfly-like bug/flying type of Pokémon with two black, circular hands and no visible arms, according to Bulbapedia. Our spectacular artist has shown us that this Pokemon could further be developed. In fact, in this beautiful recreation, Gamester Axela has given us a Gigantamax version of Vivillion! Indeed, he depicted an enormous fanmade art and intensified its fabulous wings. It retained its gray-colored head with pixelated eyes that is the most significant part of its look. Furthermore, it has a pair of skinny antennae that are a mixture of flamingo and hot pink. We could conclude that our artist has exerted a fantastic amount of effort into creating this beautiful evolution!

WHAT DO YOU THINK ABOUT THE FANMADE BUG-FLYING POKÉMON EVOLUTIONS? WHICH ONE IS YOUR FAVORITE? VISIT OUR CHANNEL ENDLESS EVOLUTIONS TO WATCH MORE EVOLUTIONS LIKE THIS!

link to How Tall is Lubu of the Record of Ragnarok?

Name of the CharacterHeightLubu~ 6 ft & 2 in ANALYSIS OF LUBU’S HEIGHT Lü Bu Fengxian is Humanity's representative in the first round of Ragnarok, going against Thor as stated on his...

Continue Reading
link to How Tall is Helena of the ARK: Survival Evolved?

Name of the CharacterHeightHelena Walker~ 5 ft & 4 in ANALYSIS OF HELENA’S HEIGHT Helena Walker is the main player of the ARK: Survival Evolved game. As described from Ark Fandom , she is...