Being a YouTuber is no longer considered a hobby or something you do when looking for ways to kill time. It’s one of the most lucrative platforms you can find online, and David Dobrik is now earning a fortune for this endeavor. We did quick research, and we found out amazing expensive things David Dobrik has bought using the money he’s earned from his YouTube channel.

David Dobrik is one of the most popular YouTube sensations on the platform. With 7.38 billion views, Dobrik is one of the most successful and wealthiest vloggers alive. Having a net worth of $7 million, David now has a life full of luxury, dream cars, and a lot of fun. Today, we’d be showing you some of Dobrik’s most expensive purchases and assets.

The first on the list is David Dobrik’s $2.5 million mansion. After searching for a befitting space to host his fancy lifestyle, David finally settled for this fantastic building with a full view of the city. The house has an exquisite interior decoration, with a great piece of furniture, LED lettered decorations, a pool table, a ping pong table, and a fireplace protected with glass.

This a classic house for a young millionaire. Having gained the impressive amount of money he has at such a young age, there is no surprise that David has a pretty cool car collection that will undoubtedly continue to grow.

David is the proud owner of a Ferrari 458 Spider. Produced by the Italian automobile manufacturer, the two-seater Ferrari 458 is a mid-engine sports car powered by a 4.5 L Ferrari F136 F V8 engine. Apart from its suave look and stylish interior design, it’s also exotic for its acceleration. With a top speed of 210mph (340 km/h), the vehicle can accelerate from 0-100 km/h in 3.4 seconds!

Before giving out a similar model to one of his friends, David had already gotten one for himself. The YouTube personality is the proud owner of a white Tesla Model X car. The mid-size, all-electric SUV is a luxurious automobile with falcon-wing doors. The self-driving electric vehicle can accelerate from 0 – 60 mph in less than 6 seconds, with a top speed of 130 mph.

During many opportunities, David has shown how much he cares and appreciates his loved ones. From childhood friends and family, he has given away at least 20 luxury cars on multiple occasions, giving all the important people in his life a huge surprise. You’ll surely want to add this to the list of expensive things David Dobrik has bought.

The surprise took place when David tricked each friend into driving a new Mercedes to his house and telling them it was a gift for his dad. However, he then handed the keys to each one and took a pretty long time to convince the surprised guys that the cars were actually for them. 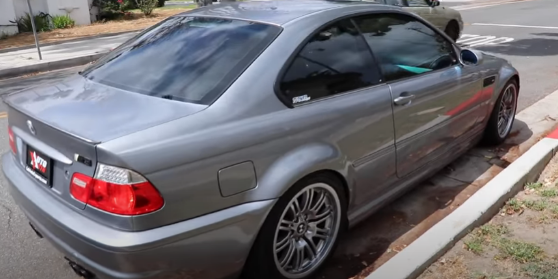 He gave his friend Johan his dream car, a BMW M3. His best friend had been dreaming about that car since he was 15, and David gave him the surprise of his life during his birthday. The amazing model has a starting price of $44.000, but again, everything is worth it while you’re making your friends’ dreams come true.

He gave a blue BMW to his dad. It was for his family to also receive a surprise, and that’s what he did a few months after surprising Jason’s mom. He gave his dad a shoebox with a new pair of basketball sneakers and a car key of his dream car: a blue BMW.

8. TWO CARS FOR HIS ASSISTANT

The first surprise was during December 2018 when he gave his long-time best friend and also assistant Natalie a brand new white Mercedes Benz on her birthday. But she definitely has a big place on David’s hearth since she’s the only person in David’s channel that has received not one but two luxury cars as a surprise gift.

During her 2019 birthday, she guessed which car it was almost immediately, but this was way more emotional for Natalie since it was her dream car, a baby Blue Bronco. With two cars already in her house, we expect to see a fantastic surprise for this year’s birthday.

9. AUDI FOR HIS FRIEND NICK

It was Nick’s time to get a car, and he got a fantastic black Audi. But David needed something more to make his surprise even more special. Thanks to his obsession with Chipotle, he got a sponsorship deal, and he gave Nick a whole year of free chipotle. It was a great gift for someone who is a big fan of burritos.

10. LAMBORGHINI FOR A FRIEND

Of course, we cannot talk about luxury cars without mentioning at least one Lambo. The lucky person was David’s friend Heath Hussar, who had tears running down his face when he realized it was true and it was his new car.

After thanking David and making him cry a little bit too, he finally approached his dream car. His girlfriend said that she had never seen him cry like that and hopefully he’ll do the same at their wedding. It was a one-of-a-kind gift.

As you can see, David has a very great time enjoying his hard-worked millions but also making the important people in his life happy.

YouTube is an excellent work for people like David, who like to have fun and create content for his fans, and it has also helped a lot of people to make their dreams come true.

THESE ARE SOME OF THE EXPENSIVE THINGS DAVID DOBRIK HAS BOUGHT. WHICH ONE DO YOU FIND INTERESTING? VISIT OUR CHANNEL ENDLESS AWESOME TO WATCH MORE EXCITING FACTS LIKE THIS!

This kind of shelf is handmade and eco-friendly. It is made up of birch plywood and has a walnut varnish color. It has 1700 width x 1200 height and 170 mm depth. It is undeniable that it has a unique...