You might be thinking that all famous and successful celebrities live in huge mansions. We did quick research, and we found out that some of them live in the comfort of their little houses, and others are in the peaceful not-so-big dwellings. Hence, here’s the list of celebrities who own tiny houses, as well as those who live in moderately modest homes.

The football hall-of-fame, Deion Sanders, is investing in a vacation home on the small side with his girlfriend. It was a success when Tiny House Nation helped the two and be determined to build the most incredible 600-square-foot home imaginable. Hopeful amenities include an artificial lake, a snack bar, a foot massager, and a rooftop deck.

TThe celebrity, Vincent Kartheiser, is also an active member of the tiny house club. He used to live in an impressive 580-square-foot cabin in Hollywood. He is one of the popular celebrities who own tiny houses. When the team completed it, it was a success with a beautiful internal design that includes a fireplace where people usually spend time having a good conversation with others and the fantastic bed that comes down from the ceiling.

When the couple decided to sell the cabin, they were able to sell it at $808,000. You might have noticed that the price is too high for a standard per-square-foot market value of the property. 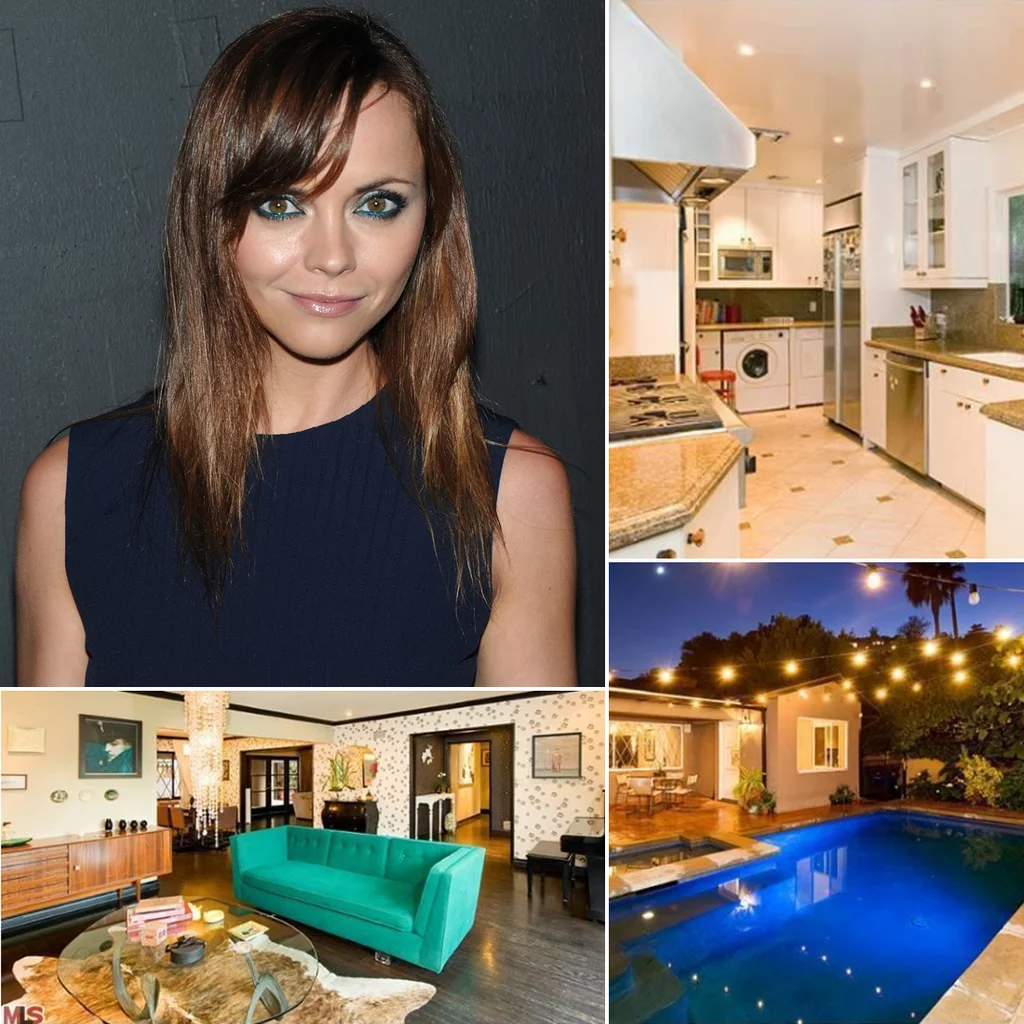 The popular actress, Actress Christina Ricci, used to occupy a single-story home in the Los Feliz neighborhood in the city of Los Angeles. It’s not big, but you’ll definitely enjoy your stay on the small side, with the house’s undeniably significant personality features.

The chic bungalow has an electric pool deck, an open floor plan, terraced gardens, and a master bedroom with a sitting or dressing room.

She put her property for sale back in 2012. The price was up to $1.7 million by January 2014. The place did not have excellent luck at being sold.

One might expect Robert Pattinson to call a glamorous Hollywood star-sized mansion home, and he used to, but not anymore. Today, the Twilight star calls a 1,940 square-foot, two-bedroom house his home.

The small home has a Spanish-style feel, lots of privacy, vaulted ceilings, plenty of natural light, and a wide-open feeling despite its small size.

Matthew McConaughey is one of the celebrities who own tiny houses. He used to live in an Airstream trailer before he got married. Despite his Hollywood status, the trailer wasn’t precisely tricked out. “If it looks beautiful, but it’s not functional, then it’s not worth anything,” the actor said about his previous home.

The trailer house had everything McConaughey could ever need. There’s a little bed, a small wooden dining table built by a craftsman in Louisiana, comfortable seating below a Surfer Dude poster, and the parking area right on the beach.

In 2014, Ellen Pompeo transformed her Grey’s anatomy trailer into a most comfortable home. The typical trailer became a beautiful and luxurious suite with a golden bar cart, bright metallic accessories and design, and expensive pieces of furniture. The overall new trailer transformation became a success with the help of Domaine Home.

The singer owns a home on the small side is a Spanish-style bungalow, measuring about 1,400 square feet, and it’s located in Venice Beach.

In the 1920s, she built this house and finished it with features such as arched doorways, an outdoor kitchen, an open master bedroom, and a jacuzzi. We can tell this beautiful home is all she needs when she wants to escape from the world and have some time alone. She purchased the house for $1.65 million.

Daniel Norris had a 1978 Volkswagen bus, and he transformed it into his tiny home. Hence, he’s one of those certified celebrities who own tiny houses. His van is considered to be one of the smallest homes we’ve seen recently. Daniel is a professional basketball player, and he’s playing for the Detroit Tigers team..

The lifestyle of getting a VW bus project gives him an image of having a simple life and free spirit. This new way of living always allows him to travel and explore the country using his home on wheels.

A famous writer and producer, Tom Shadyac, lives in a beautiful tiny house. Even if he has gained so much fame in his career in Hollywood and he has been living in beach houses and gigantic mansions, he’s now trying to fit in a simple life.

In one interview he had on Oprah, he said that he is actually much happier right now. Thus, many people got inspiration from Tom Shadyac’s life, and how he perceives happiness might be way different from others. It’s definitely a lesson for everyone that it all starts from having a tiny home.

A famous CEO with a net worth of millions of dollars has chosen to downsize his mansion to an Airstream home a few years ago. This celebrity who owns a tiny house gave up his apartment to have a 200-square-foot RV. Before Amazon bought Zappos, Hsieh was the CEO of the company.

He is still living in luxury, but he chose to live a simple life. It was a surprise to everyone what decision Hsieh has made, but it continues to inspire people by showing humility and being grateful for everything you currently have.

We did not want to leave out some of the celebrities who live in moderately modest houses, so we are mentioning some.

This actress earns a whopping $20M each film. She is still young at the age of 27, and she owns a two-bedroom condo in 1,400 square feet, located in Santa Monica. Even after winning an Oscar award for her movie entitled Silver Linings Playbook, she’s living in a modestly sized home that she finds so much happiness and peace.

Everyone knows this handsome-looking guy, and you can watch him in many movies and shows. In 2018, Bradley Cooper purchased a West Village red-brick townhouse.

It’s not so big, but it has plenty of space enough for his needs and lifestyle. The new house has more classic details with wide-plank pine on the flooring, and the overall interior design gives a homey and relaxing feeling.

Meghan Markle purchased this four-bedroom colonial house in Los Angeles before she finally became the Duchess of Sussex. The luxurious kitchen was made of expensive and high-quality marble materials in the backsplash and counters.

You can also visit its backyard garden to breathe fresh air and relax. The outdoor entertainment setting is so amazing, and it’s one of the highlighted features of having a lifestyle at the center of the city.

This modest but marvelous Beverly Hills house was a comfortable retreat for legendary entertainer Cher. With four bedrooms, the Tudor-style home is snuggled at the end of a road for privacy.

The beautiful wood floors give this home the best energy for relaxing and resting from such a busy life that we all imagine this singer could have. Chic and rustic touches run throughout the home, culminating in the inviting kitchen trimmed with stone floors and classic white cabinetry.

THIS IS THE LIST OF CELEBRITIES WHO OWN TINY AND MODERATELY MODEST HOUSES. WHICH ONE DO YOU FIND INTERESTING? VISIT OUR CHANNEL ENDLESS AWESOME TO WATCH MORE EXCITING FACTS LIKE THIS!