20. TINKERBELL AND THE FAIRIES 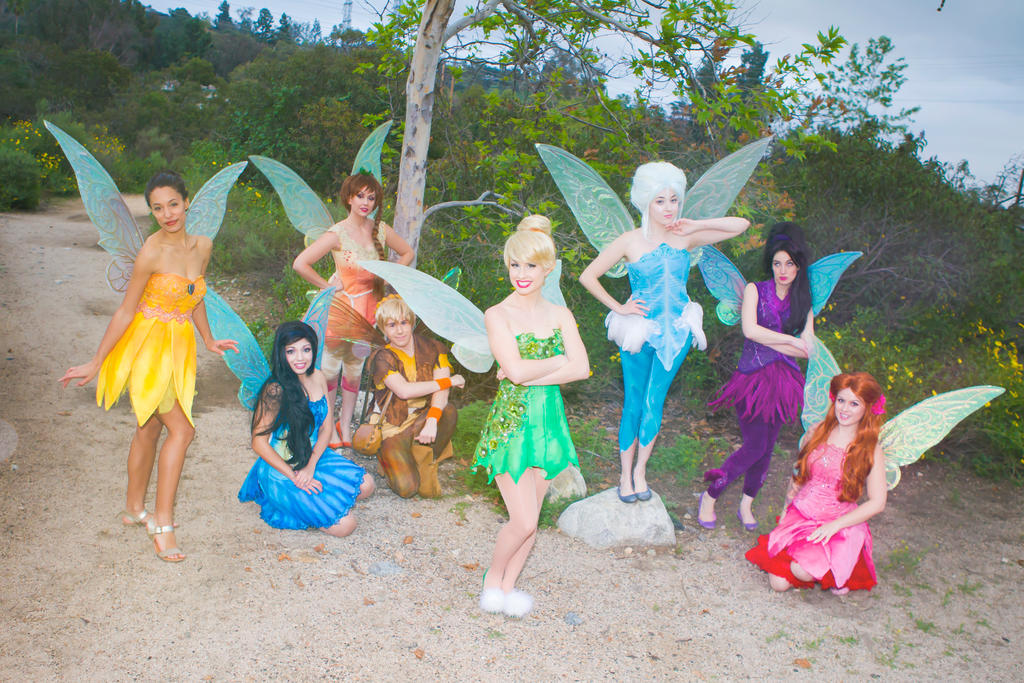 Glimmerwood brought us Tinkerbell’s friends! Iridessa, Silvermist, Vidia, Rosetta Periwinkle, and Terence. All of them had custom-made dresses that looked incredibly similar to the originals, but what steals the attention are the shimmering wings! Simply magical!

Cosplayers PiGee and YukiCosplays dressed up as the duo that saved China. We loved how PiGee came up with an accurate but still feminine-looking version of a dragon; that’s what we call creativity.

Cosplayer Keikei12 already looks like a princess, but having her best friend turning into Maui was the final touch to make an awesome Moana cosplay. We loved to see how much they cared for the details; Maui’s tattoos and their clothes’ accuracy was show-stopping.

Disney’s iconic duo of the cowboy sheriff and the space ranger was awesomely portrayed by cosplayer Taifu89 and his friend. Woody put many details in his clothes that you can see in the pictures, but Buzz’s costume was unbelievably accurate! They indeed got a friend in each one!

Crystal221 and her friends brought China’s best warriors to life! She’s dressed as Ping because she has Mulan’s armor, but the guys dressed up as the ladies they pretended to be. Be careful! They are the ones that saved China!

Up was a movie full of adorable moments, but nothing is sweeter than real-life best friends Maddie and Jack. Their moms revealed that they came up with the idea because Jack was learning to walk, and the costume was toddler-friendly. Stop trying, guys! They won the cosplay game!

The cowboy duo is a fan favorite. Deviantart cosplayer Lena Lewis made these matching cosplays with her best friend, and they looked like they just came out of Andy’s bedroom! They paid close attention to details; the prints, the accessories, and even the hairstyles look incredibly similar to the movies!

Tiana and Lottie were one of the most adorable duos we’ve seen in Disney movies. These two cosplayers, LKD and LittleMissMint, put on their best princess gowns and portrayed the two girls perfectly. They seem to get along as well as Tiana and Lottie!

It seems like Tiana and Lottie are very popular among cosplayers! These two beautiful friends, MyriamMcfly and Mimi, also did their version of the two friends. This time, they recreated the outfits from one of the first scenes in the movie.

Creativity is a cosplayer’s best friend! Who would have thought that Genie and Aladdin would look that cool portrayed by girls? IcchPotato and Pinklemon91 combined their amazing costumes with the best accessories ever: a gold lamp and a cute little stuffed monkey as Abu!

Imagine our reaction when we saw two real-life best friends dressing up as Lilo and Stitch in their hula dancing scene! Kaylie and her friend made their costumes by hand sewing all the leaves for the skirts, using tights and makeup skills to make the stitch’s blue skin look real. We just loved it! 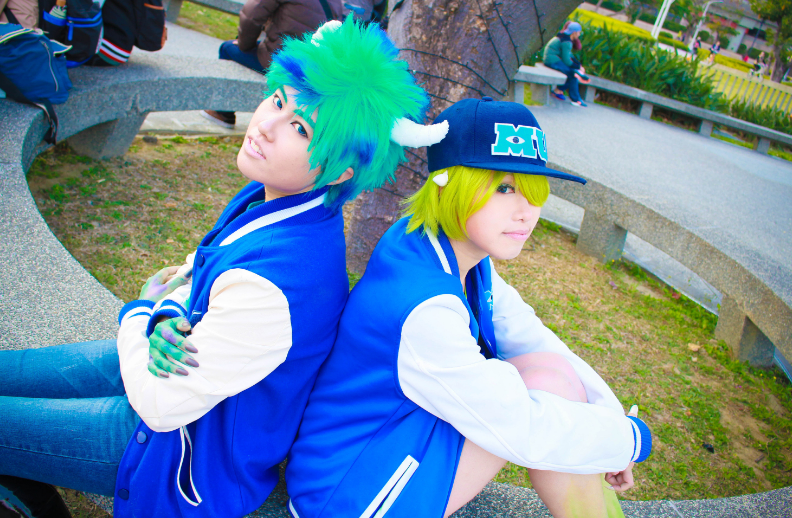 They became friends during their days at the university, so cosplayers Piao and Su brought them to us! We loved to see how they included the colored hairstyles, colored brows, the university jacket, and the iconic Monsters University cap.

9. VANELLOPE AND THE PRINCESSES

Vanellope became friends with all the Disney Princesses during the second movie, and that inspired cosplayer Be Be Ko and her friends to make the scene come to life. We loved to see how each girl committed to her character wearing matching pajamas and their iconic hairstyle.

Zootopia’s best police officers were brought to life by the fantastic cosplayers Cide-Cosplay and Magisa. They meticulously added such minor details as Judy’s recording pen, the police uniform, and Nick’s shirt pattern.

Did you know that rats are great pets? We don’t know if cosplayer Panfake‘s little buddy is also a chef, but what a great job he did while posing for these pictures. His name is Chowder, and he’s made an excellent portrayal of Remy.

Tinkerbell and Terence’s friendship are way more significant than any other. Cosplayer Rayi-Kun and her best friend did this amazing photoshoot near a forest and made us feel like they are in Neverland getting ready for the next adventure.

Bringing these two to life required two amazing costumes and some Photoshop skills. Luckily, cosplayers CosPlayNay and Mikel Byrnes had both things and came up with such incredible portrayals. A super duo of super best friends.

The minor details bring the cosplay to the next level, just like LadyRoseTea did with her little stuffed Flounder in her Ariel cosplay. Ariel’s fish best friend just had to be in the photo, and it made it much more adorable! Also, the dress and the accessories are all made by the cosplayer; what a talent!

We couldn’t decide who we liked the most, so here you have two talented cosplayers! First is the beautiful Mimi-Reaves with a real-life chameleon and the amazing dress made by her. Then, LuXon94 wore his Pascal costume to accompany her best friend as Rapunzel.

Have you ever wondered which Disney friendship is the most famous? We’re 100% sure that is Timon and Pumbaa’s! Neuro-chan showed us that you could use some facial paint, cool-looking wigs, and matching clothes to make the Hakuna Matata duo come to life.

Since the real-life fish from Finding Nemo live in nearby areas in the pacific ocean, some photographers were surprised when capturing marine life photos. Here you have the two stars of the first movie; Marlin and Dory!

If you liked this video, make sure you subscribe to our channel and give it a thumbs up! Keep on watching our videos since we have much more fantastic content just like this!

THIS IS THE LIST OF THE BEST DISNEY FRIENDSHIPS IN REAL LIFE. WHICH ONE DO YOU FIND INTERESTING THE MOST? VISIT OUR CHANNEL ENDLESS AWESOME TO WATCH MORE EXCITING CHARACTERS LIKE THIS!

link to The Legend of Tianding: Liao Tianding’s Costume Guide

Image Source: Type Moon Fandom & Amazon Aoko Aozaki is the main protagonist of the Witch on the Holy Night. She has different costumes in every setting in the game. For this costume guide, the...